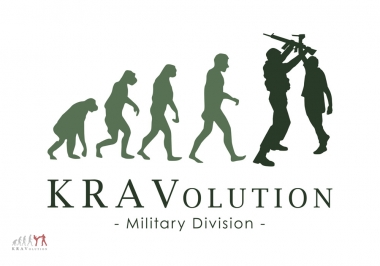 Training for instructors – Krav Maga Military Instructor Course for soldiers of the German Armed Forces in Cologne! Are you ready for the training as a military Krav Maga close combat instructor?

Then apply now for one of the few places for the – Krav Maga Military Instructor Course from 13.07.-20.07. in Cologne.

This course is organized by us for the instructors of the German Armed Forces. Admission requirements are therefore a valid military identity card or relevant previous experience in the form of a recognised Krav Maga Instructor Training (open in associations) with relevant teaching experience. The training is internationally recognized, the language of instruction is English/German. Upon completion of the training, the participant will receive a certificate and a certificate of participation and the contents of the training course of the worldwide operating KRAVolution Krav Maga Association. The passing of the exam cannot be guaranteed. In case of failing, the exam can be repeated free of charge. The course is led by our Lead Instructor and KRAVolution CEO, Carsten Draheim, together with our military training team. This close combat instructor, commissioned by the Ministry of Defence of the Federal Republic of Germany, regularly gives Krav Maga lessons, training and further education for military users and instructors, worldwide.

Due to Covid-19 the number of participants is strongly limited!

IMPORTANT: For security reasons you will receive the exact place, time and ticket on request by e-mail.

If you are interested, please apply now with your troop identification card at office@kravolution.com and we will send you the information.

Military Krav Maga is the initial variation of the self-defense and close combat system, which has been developed for the Israeli Defense Forces and is trained by many international military and special forces nowadays. The system refines itself regularly out of real life experiences in extremely violent environments and is like that the most seriously approved method for the military close combat internationally.

KRAVolution Krav Maga is a close combat instructor, ordered officially by the German Defense Ministry, and trains Krav Maga with soldiers of the German Armed Forces on a regular basis.

The Military Instructor Course enables to teach military Krav Maga and to guide and train for instance Soldiers of the German Armed Forces. The content of the Course is based on the military training of Imi Lichtenfeld and contains the imparting of the necessary didactical skills for the supporting management of the Krav Maga training for soldiers under consideration of the rules of engagement.

The goal of the training is to hand over effective and easy techniques to the instructors. So that they can show the soldiers how to react when it comes to violent attacks.

Here is the overview:

In addition, we teach how to use self-defense-scenarios for prevention, reaction and defense in hostage- and anti-terror scenarios.

The techniques are based on the progress of the participants as the learning effect and the injury-free training are always in the foreground. We know how important it is to be fully operational.

The end of every lesson is always about the so called drills, where the content you have learned before, will be recalled in everyday scenarios of security-units. This is not only how we teach the participants, but how the participants will teach their students later.

Furthermore, we prepare to pass the final exam, theoretically and practically, to become a Krav Maga Military Instructor.

The course-language is bilingual in English and German, while all Krav Maga techniques are labelled in English anyways.

all participants receive a Krav Maga Military Instructor certificate and the military patch indicating the expertise. This course offers the highest level of training for military Instructors and our goal is to bring out good, quality teachers, who can train their own units.

Along the lines of earned, not given, we don´t provide a guarantee to pass and to get the KMI Krav Maga Instructor certificate. It´s on the participant!

Furthermore, our course is not a further education acknowledged from the federal states or a course offered by the German Armed Forces, but is for participants with a respective background.

In order to share his knowledge and experiences, he wrote the book Krav Maga: A Comprehensive Guide For Individuals, Security, Law Enforcement and Armed Forces in 2015. This one is so far the only teaching supplement for Krav Maga Instructors internationally. Additionally, he writes articles for military and police magazines, like K-ISOM, on a regular basis.

He is also a close combat instructor for soldiers of the German Armed Forces, ordered by the German Defense Ministry, and appliers in that sector of the police for North Rheine Westphalia. In addition, he also trains appliers of the military and the police as a S.W.A.T. Instructor internationally.

Draheim teaches together with an expert-team, consisting of active police man and police unit instructors or military instructors of special forces.

A corps identity card and an over-average fitness level are required.

There is no need for experiences in Krav Maga as this course is about further professional training to become an instructor. Education experience is an advantage though.

Impressions from past courses

For any further question, fill out the form and we´ll get in touch with you as soon as possible.